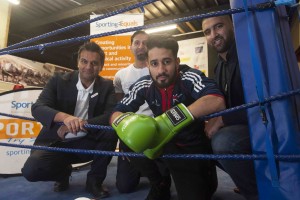 Qais Ashfaq, the Commonwealth and European Games bantamweight medallist from Yorkshire, showed his support of the local project which last year won the Sport England Community Sport Project of the Year at the inaugural BEDSAs. The local project uses sport to engage young people, reduce anti-social behaviour and provide a healthy and social activity for women. 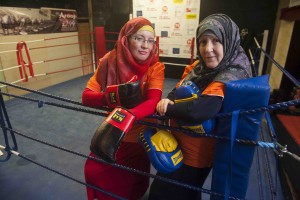 Ashfaq has also been nominated for a BEDSA this year for his excellence in the bantamweight boxing category.

The BEDSAs provide a unique opportunity to recognise and reward sporting excellence among black and minority ethnic (BME) sportsmen and women, to help increase sports participation amongst BME communities and inspire the next generation of sporting talent. The Community Sport Project of the Year award recognises an organisation that has developed and delivered a project or programme in the past 12 months, that has demonstrated a significant impact in increasing participation amongst BME communities.

If there is an organisation within the local community that deserves national recognition for their efforts visit www.bedsa.co.uk to submit an entry .

The BEDSAs will also recognise outstanding achievements in the following categories: Young Sports Person of the Year, Unsung Hero, Coach of the Year, Inspirational Performance of the Year, Sportsman and Sportswoman of the Year and Lifetime Achievement. Further details on awards and the nomination process can be found at www.bedsa.co.uk

Sponsored by Lycamobile and founded by Sporting Equals, the BEDSAs will be held on Saturday 6th February 2016 and will bring together sporting celebrities and organisations, ranging from grassroots to national, to recognise and celebrate the contributions made by black and minority ethnic communities to UK sports.

There is under a week left to submit nominations which close 30th November. Show support for those that make a difference in your community – get involved!